How do you interview someone like James Stevenson? With a career CV as long as your arm, Chelsea, Generation X, Gene Loves Jezebel, The Cult, The Philistines and of course The Alarm! - The original list of questions we had could have filled a phone book! So after some heart wrenching editing we got it down to a more reasonable size and hope this gives you some insight into the man himself!

With many, many thanks to James! 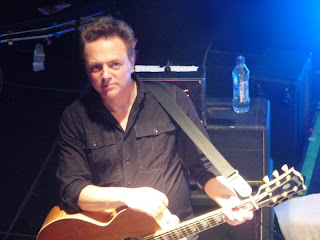 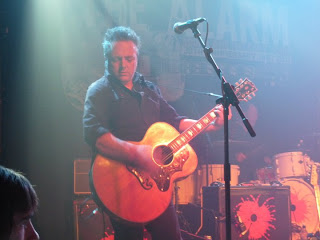 - What was the first album you ever bought?

- What was the first gig you ever saw?
The Faces – Edmonton Sundown 1973

- When did you first start playing the guitar and what was it that attracted you to it?
Two things: My best mate at school bought a guitar and insisted I did too so we could form a band. The other was Mick Ronson

-          - You chose to play in Chelsea rather than pursue further education, did you always know your career lay as a musician?
-          Yes – although I nearly decided to go to University in 1980 – then I got the call from Tony James for Gen X
-
- How did you come from being in Chelsea and Generation X to playing with Kim Wilde?
-          A friend of mine – Calvin Hayes, Mickie Most’s son, said his Dad had signed a hot new girl singer and they needed a guitarist for the Kids In America video – I didn’t play on the record – but am in the vid.
-
- When did you first meet Glen Matlock?
-          Around 1981 in the old Marquee in Wardour Street.
-
- You have worked with Glen off and on over the years, how did you become involved with The Philistines?
-          Glen is a really close friend, has been for decades now! I played with The Philistines around 2000/2001 and then was too busy with The Alarm. Glen kind of had a floating guitarist situation with Steve New, Ray McVeigh and me. I cried when Glen rang me and said Steve had died – he was a really special guy, and a killer guitar player.
-
- You joined Gene Loves Jezebel mid tour and without knowing much about them, what are your memories of that tour and what convinced you to stay?
-          That first GLJ tour could be a book on its own. I was managed by the same management and when their guitarist, Ian Hudson, had a nervous breakdown at the onset of their first US tour my manager asked me to go and basically save the tour. It was gruelling, plus I had to learn the set as we went, but a great time too – too many crazy stories – it will all be in my book 25 Years In The Rock And Roll Wilderness if I ever finish the bloody thing. Jay and Michael asked me to join permanently during the tour.
-     - How difficult were the relationships in Gene Loves Jezebel?
-          Well there was always a ton of friction between the twins. They both wanted to sing everything. In my opinion Jay is far more talented than Michael – but Michael had a huge ego – led to lots of problems.
-
- How did you come to join The Cult for their 1994/95 tour?
-          Billy Duffy is a really old mate – I’ve known him since before he joined Theatre Of Hate. He asked me if I’d do that tour as second guitarist.-
-
- What were your first impressions of Craig?
-          The first time I saw Craig he was being held down in the reception area of The Hyatt Hotel on Sunset Boulevard, naked, by two LAPD around 87. We became close friends during that Cult tour – he’s a fantastic bass player – and very musical. I just played on a couple of tracks on his solo album.
-
- Why did you decide to reform Chelsea in 1999 and in 2006?
-          Because I had control of the catalogue and the Social Chaos tour approached me to reform the band. We kept going on and off ever since. Faster, Cheaper And Better Looking from 2006 was the first album we made that got universal fantastic reviews – shame we didn’t make it in 77!
-
- How do you plan your year around the different projects you are involved with? Do you have time blocked off for certain bands or do you take each project as it comes and try and make it fit?
-          I prioritise whatever comes in first – as soon as something comes in I tell everyone else I’m involved with that those dates are blocked out. It can be quite a juggling act sometimes!- 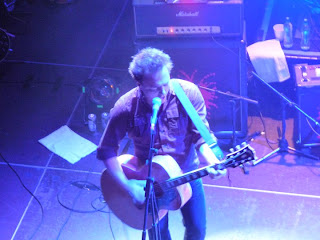 - What is the last album you bought?
Do you know, I can’t remember – but I still do buy CDs.

- If you could work with any musician, living or dead, who would it be?
Probably David Bowie.

- You have written various jingles, which ones might we know without knowing it was you?
Cadbury’s Wispa with Ant and Dec in it. I did one for Thistle Hotels – I’ve done a few. 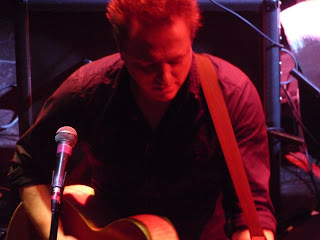 -
- How did you come to meet Mike Peters, didn't Billy Duffy introduce you?
-          He didn’t actually introduce us. I think Mike wanted Billy to do the Rise tour – but he couldn’t and recommended me.
-
- Were you aware of The Alarm before you started working with Mike?
-          Yes of course.
-
- What is your favourite Alarm track to perform live?
-          Probably the newer stuff. Much nicer to play your own riffs than someone else’s (with all due respect to Sharpie). My Town is always a fave of mine.
-
- How does the set list get decided on an Alarm tour, does everyone get a voice or does Mike present them? (is there much discussion to include certain tracks depending on the mood of the night?)
-          Mike usually creates the basic idea – then any input from the rest of us gets discussed.
-
- How tough was it for the band while Mike was undergoing his treatment?
-          Well I’m very close to Jules, she’s one of my best mates – and she was really scared and that was very upsetting. Mike just seemed to take it in his stride – that’s the kind of guy he is.
-
- What are your memories of The Saturday Gigs?
-          I think they were great. I particularly remember one in Glasgow when Mike lost his voice a bit because he’d just had chemo – but it was a brilliant gig.
-
- Considering all of your backgrounds do you think of The Alarm as being a "Super Group"?
-          No not at all – just a buch of mates who enjoy playing together. 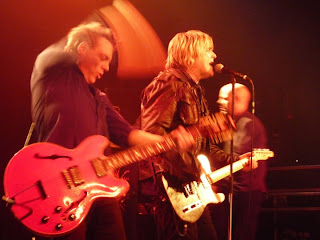 -
- What do you remember about the decision to release "45 RPM" as The Poppy Fields?
-          Well it was Mike’s idea – and we thought it was brilliant. We were in the middle of a German tour when it hit the top 30 in the UK. We had to cancel three gigs so Mike could fly back to the UK to do promo. The rest of us had to spend three days on the tour bus in a Lidl car park!
-
-          - What can you tell us about the upcoming film "Vinyl" and what are your expectations for it?
-          It’s brilliant. Phil Daniels is great in it – as all the actors are, although I think Perry Benson who plays the “me” character nicks it. The film is really funny, sad, everything. And a great story of course – although it expands on the 45RPM story.
-
- When can expect to see The Alarm on tour this year?
-          Right now nothing til next years Gathering. But maybe some UK dates in December.
-
- When can we expect the "Vinyl" album to be released and what can we expect?
-          When the movie comes out. There’s loads of great new songs of Mike’s on the soundtrack. We did one of them – Breed Apart, at The Gathering this year – a great song. I wrote a couple of instrumental things for it too – and played bass on some of the soundtrack songs of Mike’s.
-
- What's next for you this year?
-          Just done a UK tour with Willie Nile – a real privalige, and Whitby Goth festival w GLJ. Have some shows with GLJ in Brazil at the end of May and then some gigs in California – this new thing with Me, Glen, Clem Burke and Gary Twinn –  in June - that will be great fun – what a rhythm section!